Plains game refers to the fair-game antelope, which are found typically in open plains, savanna and the bushveld throughout Southern Africa. The term plains game encompasses a large range of species from the tiny steenbok to the large eland.

We encourage plains game hunting in Southern Africa as it has more species of mammals than any other destination on earth. These destinations are all different in climate, vegetation and topography,

such as the bushveld and open savanna in the Free State. The bushveld in Limpopo has its own challenges, because it has thick dense bushes, making the shot that you can take inside the 100 paces range. However, the vast, open plains of the Free State demand for shots to be taken 300 to 400 paces, as there is little cover. The abundance of antelope species in Southern Africa and mainly in South Africa, make it an absolute paradise for hunters who are prone to take medium-sized game.

Even though many hunters do want to come and hunt a Cape buffalo, hippopotamus, crocodile or any other dangerous game; most hunters come for the ever popular plains game hunting. Plains game hunting is very enjoyable as you are exposed to so many different species, some of these species will also take the hunter to different hunting areas in South Africa; showing them unforgettable locations and wildlife experiences.

Here is a list of the plains game animals that are found at Matlabas Game Hunters: 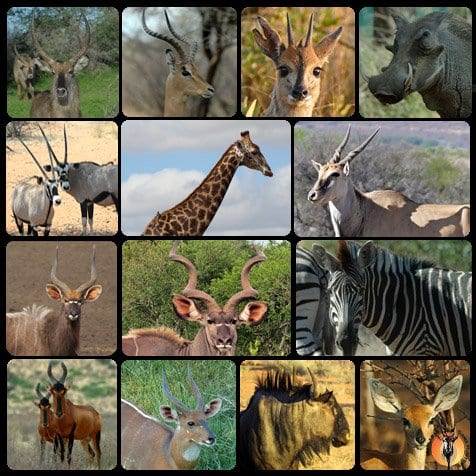 Find out more about the species we have at Matlabas Game Hunters.

Other plains game animals that are available throughout South Africa, which we can help you get: 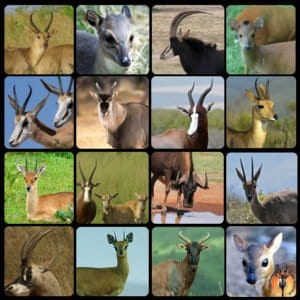 Southern Africa’s plains game is very unique and abundant, making it a wonderful hunting opportunity for bow and rifle hunters. The hunting techniques that will be used at Matlabas Game Hunters are based upon the preference of the hunter. This can be from walk and stalk with the bow, to sitting in a blind; or walking and stalking with the rifle. To ensure the time of your life, book a hunt with Matlabas Game Hunters so that we can make Africa part of you forever.